Angela is a Perth-based illustrator, artist and graphic designer. Formerly a Co-Director of award winning design consultancy Studio Bomba, stationery brand Mitchell & Dent and alternative bridal fair First Comes Love, Angela has made a decade-long progression into the world of pencils, paint and paper, with her current focus being artistic illustration and exhibitions.

Her design for lifestyle brands, packaging, stationery, events, fashion and textiles has heavily influenced her painting style, with pattern, flora and fauna being common subject matters. Angela works in multiple mediums but has a particular affection for painting with gouache. She enjoys exploring unique surfaces to use as her canvas, with velvet fabric being her current crush.

Born and bred in Yorkshire, Angela is a quintessentially British lass in her fondness for a pot of tea and a buttered crumpet. She thoroughly enjoys working with her hands and in her spare time can be found crocheting, crafting and sewing, and has a particular penchant for power tools. She has two cats, one who is asthmatic, plus a young daughter who loves to create just as much mess as her mumma. 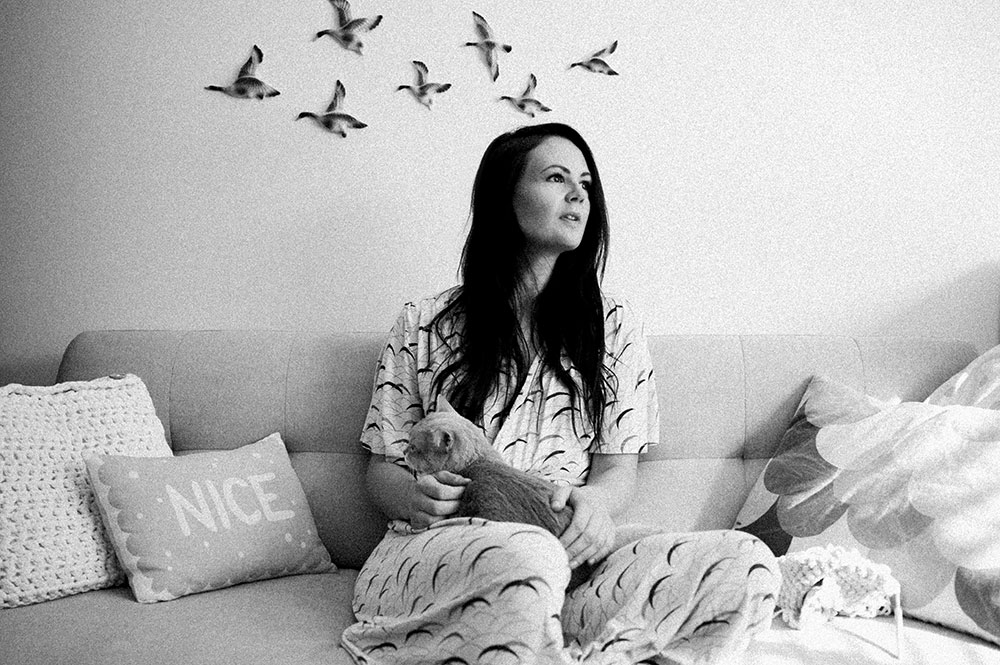